Heat in female dogs is a period in which they tend to become receptive to mating with male dogs and, in general, can be exposed to changes, both physical and hormonal, which would affect their usual behavior. According to experts from the American Kennel Club (AKC), this stage occurs when your pet reaches sexual maturity, that is, around six months of age, so it is likely that her body is preparing to have puppies. . And if you don’t know exactly that she is in that state, but you suspect that she is, check out these 6 signs that tell you that your dog is in heat.

Symptoms of a bitch in heat

There are different signs that your pet is in heat, which can be both physical and behavioral. It is important to know how to identify them, and for this reason the association’s specialists disclose the following:

Urinate more than normal
Blood discharge from the vulva
Swollen or inflamed vagina
Appears nervous or distracted
She is receptive to male dogs
Initiates sexual contact (raises rear and deflects tail to one side)
It should be noted that during the middle stages of heat, the female dog begins to actively mate with the males and this can continue until the end of the cycle, which lasts approximately 2-4 weeks, but can be shorter or longer. Also, it usually ends when your entire vulva returns to its normal size and there is no more bleeding or discharge.

You may also be interested in: Sterilization in dogs: What is it, benefits, appropriate Age and Care

Purina experts, for their part, say that during the first stage of the period, the female dog begins to attract males through scent, and sometimes refuses to be mounted. But in the second stage, the secretion of blood is less abundant, her vulva becomes even more swollen, and the canine shows more predisposition to mating with dogs.

How often does a dog go into heat?

On the other hand, female dogs usually go into heat approximately every six months, although it can vary, since some can take 18 to 24 months to develop that cycle. Those of small breeds, for example, tend to enter up to three or four times a year, while those of large breeds, such as Great Danes and Saint Bernards, among others, can only enter every twelve months (1 year). Also, your pet will continue to come into heat throughout her life, although it is important to keep in mind that the time between heats will increase as she ages.

Additionally, with experience, many pet owners become more adept at recognizing the onset of heat and the proper care their female dog requires during this period of natural life. However, there are others who choose to spay her before the first heat, as this surgery is believed to reduce the risk of breast cancer and other conditions, including the possibility of unwanted litters.

Siamese cat: What is the character of this breed and why have one?

Sterilization in dogs: What is it, benefits, appropriate Age and Care 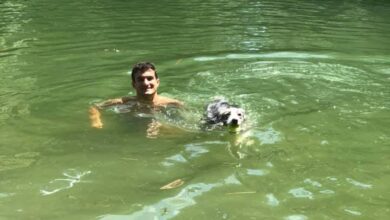 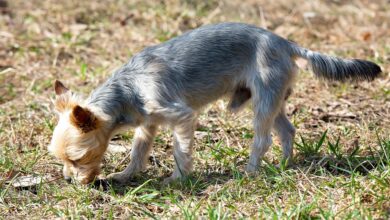