They aren’t keen on in this article. We’ve put together the top 14 things cats absolutely hate.

To cat dogs are scarier than kids. Always allow cats to sniff and explore the dog at their own pace before physical interactions occur to make sure that your cat has a safe, accessible place to hide if she’s just not interested in participating. Just like humans, animals have their own unique personalities. When you bring two different kinds of species together, they can be harmonious, or The Clash of the Titans, and remember, dogs have an instinct to chase small prey, especially if they’re fleeing. It’s no secret that cats don’t enjoy being chased.

The Halloween costumes and Christmas hats can be fun for people, but cats will be totally annoyed if you try to dress them up in a costume that covers up their own self-set constricts them, and restrict their movements. The lack of control and feeling of having something around their body that they can’t get rid of these something cats hate. It is important to remember that wearing clothes is not natural for cats.

What you may think cats need a bath, but they don’t unlike dogs cats bathe themselves and think of the Great Sphinx of Giza many modern domestic cat breeds come from arid countries around the Middle East or Asia where there is little rainfall scientist believe that a lack of water in their breeding makes them intolerant of getting wet however here is another piece of advice a cat likes to have fresh water to drink at their own Leisure this means that you have to put out fresh water for your feline every day in a clean dish, but they don’t get enough water your cat can get a urinary tract infection.

You probably have watch videos of cats

scared of cucumbers, but what actually happens is that your cat isn’t afraid of the Cucumber itself, but it is the fact that the Cucumber appeared next to them without them noticing it cats tend to be scared of the unknown as it could represent a danger or predator and in the case of a cucumber although some may find it funny surprises cause anxiety and fear in your cat it is best to look for other ways to have fun with your pet.

Not having a safe hiding spot in the wild, cats often look for a hiding spot to protect themselves from other Predators or stuck their prey cats are usually hyper-alert even while dozing, so an enclosed hiding spot may allow them to feel secure and relaxed interesting Lee enough places have remarkably lower stress levels than are exposed counterparts.

Them, you’re feeling, isn’t actually a solitary animal as you might think. Even though it seems like they often want to be left alone most of the time, cats do enjoy interacting with their routine socialization. They see you not just as their caregiver but also as their best friend. If your cat starts to misbehave, then it may be a subtle demand for more attention.

Cats do not like strangers or surprise visits. They like to feel they are in control of the territory around them. Strangers bring a lot of new smells and signs that they have yet to explore. Cats usually hide when an unknown person or animal visits them however if they have been socialized since they were little, they usually don’t mind strangers as much remember, animal experts suggest that your cats need to approach your friends, not the other way around.

Cats do not like getting in a car because it breaks up their daily routine of being home. A car is filled with many strange smells, lots of noise, chaos, and being trapped in a box. Even worse, it’s a veterinarian they usually have to visit when they get in a car. Unlike dogs who love a good car ride, cats don’t feel able to run away as you have to take your cat to the vet, get them a comfortable towel they have snuggled it and then put them in a carrier, cover the carrier with another blanket to make it dark this helps create a more comfortable environment as it limits stimuli they can cause anxiety and stress leading to a color cat.

Cats are very clean animals, and they devote a large portion of their day to self-grooming. For this reason, they need their environment to be as clean as they are. They hate dirty litter boxes, grimy toys, or unclean water bowls. Cleaning your cat’s litter box every day will make for a happy cat that loves to use the bathroom in the right place.

Cats are creatures of habit and they don’t do well with change whether it’s something seemingly minor like switching their cat litter over to a new brand or a big check such as moving houses or welcoming a new born into the family any change in their daily routine or environment can cause them to stress out cats hate change for many reasons change can bring with it a feeling of loss of control over their environment of fear of the unknown or even a perceived loss of status of a new humidor feline has entered their territory according to a study conducted at Ohio State University sudden changes in a cat’s environment can cause them to pretend to be sick as a way of letting their owners know they’re upset the experiment showed that feline to experience changes in their routines were three times more likely to act sick than cats who didn’t experience disruptions in their environment, and behaviors included defecating or urinating outside the litter box and decreased food consumption it is important to introduce new changes slowly to give your pet some time to adjust interactive cat toys that mimic prey are also good for keeping your cat engaged and distracted during times of change.

As descendants of desert animals, domestic cats are hardwired to thrive in hot climates with an average body temperature of 102 degrees Fahrenheit cats living in cooler climates must compensate for their temperature sensitivity this is why basking in the Sun during the day is a favorite pastime of kitty cats they seek out heat. When they find it, they like to nap in that spot. This could be by any heat source such as a portable heater, a computer, or a job on your lap. Make sure you’re providing spaces for your feline to warm up within your home.

Smells you might be surprised to learn just how powerful your cat sense of smell is cats have more than two hundred million other sensors in their noses where humans only have five million so any strong smell can cause a cat to recoil in distaste there are a few cents they hate that might just surprise you cats can’t stand Citrus as much as you might love the smell of fresh herbs can’t hate Thyme and rosemary mustard and banana are a big No-No to as well as eucalyptus and lavender they also aren’t a fan of mint vinegar onion or gasoline make sure to protect your bed from your perfume deodorant household cleaning products bleach disinfectant citrus fruits onions garlic pepper and any solid smelling chemicals as much as possible and remember not to use scented spray that your kitties bedding or litter box you may think this says will fade away after a few hours but your cat will be able to smell them for a long time afterwards most essential oils are toxic to cats so it stands to reason that they instinctively want to run the other way when they get a whiff of your bath oils.

Recent Studies have shown that a cat’s sense of hearing is among the best of any mammal. Their range goes even beyond that of dogs who won’t catch your low pitch noises about as well as we do. They can pick up high-pitch sounds much better than the Hulett. We can hear sounds as high as twenty thousand Hertz cats, on the other hand, can hear up to 100,000 hurts such as mice and crickets are small and make very high pitched noises. Do felines have to evolve Better Hearing in order to detect their prey but remember, the fact that cats have an incredibly sensitive set of ears means that we need to be a little more aware of their well-being. High pitch noises to cats can come in ways you would not expect. Ambulance sirens, loud music, hair dryers, vacuum cleaners, or even your phone’s ringtone are some of the high-pitched the cats hate. This is another reason that we should never shout are kitties, as this only causes Stress and Anxiety never.

cats do not like getting in a car because it breaks up their daily routine of being home. A car is filled with many strange smells, lots of noise, chaos, and being trapped in a box even worse. It’s a veterinarian they usually have to visit when they get in a car. Unlike dogs who love a good car ride, cats don’t feel able to run away as you have to take your cat to the vet get them a comfortable towel they have snuggled it, and then put them in a carrier cover the carrier with another blanket to make it dark this helps create a more comfortable environment as it limits stimuli they can cause anxiety and stress leading to a color cat.

How to Survive a Dog Attack 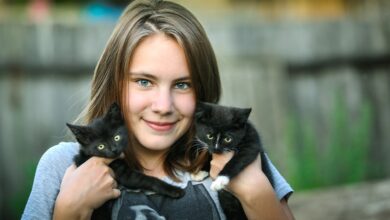 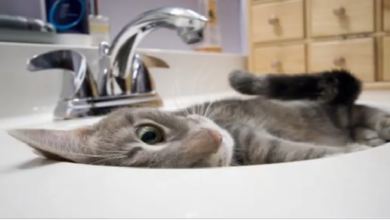 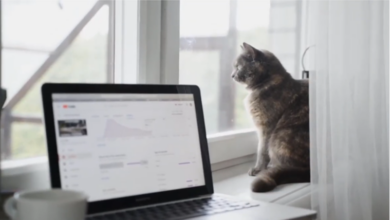 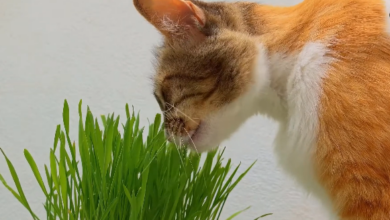 Why Do Cats Consume Grass?