Courageous ever alert and with lots of energy did you know that the dingo instinct is in this breed’s blood sure thing this breed originated in Australia by crossing sheepdogs like smith fields with domesticated dingoes as this is a working breed Australian cattle dogs are so tenacious and quick-thinking they rank in the book The Intelligence of Dogs by Stanley Corrin, where their training and obedience capacity are also highlighted. Australian cattle dogs have great problem-solving skills, making them perfect for disabled people. Challenges are made for them, so they’ll gladly bring items with a particular scent back and that’s why many work detecting drugs, pests, or tracking endangered wildlife species also there are extraordinary representatives that live up to their intelligence on the big screen, such as Dogs. Only this dog could survive the post-apocalyptic film set of Mad Max.

This breed is a favorite with celebrities like Bruno Mars, Will Smith, or Leonardo DiCaprio, and why not if Rottweilers are smart dogs with a strong, reliable temperament and are willing to work. This breed descends from herding dogs in ancient Rome, but it flourished in the German town of Rottweil when it comes to working with sheep Rottweiler show off a unique herding style. They’re even good without having any previous experience. They’re also exceptional at many dog sports such as agility and Schutzhund rottweilers perform well under pressure though in some situations they get swept away in their impetus and temperament a study revealed Rottweilers tend to be more aggressive towards strangers compared to other dogs due to their vigilance instincts and the desire to protect their families if the owner is responsible and firm they train and exercise the Rottweiler since puppyhood managing to get an obedient and loving big guy later on.

The smallest and most enthusiastic on this top ten while it’s true that papillons are small, they do know how to stand out in obedience and agility tests. Just watch this buddy flying through the test circuit. No wonder they usually take the best prize in these competitions this breed is excellent as a companion dog with a cheerful temperament and adventurous spirit, but Papillons shouldn’t be treated like average lap dogs. Due to their high level of intelligence, they require rigorous training and regular mental stimulation, otherwise, they’ll get bored to death. This is shown when they develop behavioral problems. You can easily train them at home to do all kinds of tricks like finding snacks, playing dead, doing acrobatics, and a lot more.

The most popular dog in the last years in the united states due to their great intelligence initiative and self-direction labrador retrievers succeed in becoming guide dogs in record time unlike other breeds, they can recognize more words than the average dog, about the same as a one-year-old who do you like more daddy or mommy. Although they love to fool around the house these adorable dogs are capable of helping their owners withdraw money and credit cards from ATMs plus they’re serious about having their owner’s lives on their paws, like Endle, a devoted labrador retriever who helped his owner Alan Parton after they were hit by a car Endle was able to get Allen into the recovery position, cover him with a blanket and give him his cell phone. The four-legged friend ran to a nearby hotel for the help of course, his great feat made him the most decorated dog in the world with recognitions such as the dog of the millennium and the gold medal for animal gallantry and devotion to duty.

The most scandalous dogs in this top ten this breed. This is because this breed was originally trained to guard farm animals and alert people to the presence of strangers, according to dog behavior professionals Shetland sheepdogs’ mental abilities are like those of a two-year-old. They can learn about words and signs. They can even count to five also they do excellent in herding, agility, and obedience tests. Over the years they’ve proved to be diligent dogs willing to please their owners. They like hugs because Shetland sheepdogs love them and they’re very attached to their families don’t let them mesmerize you. Indeed, Shetland sheepdogs have been shown to have the ability to deliberately tease or trick other dogs and people during play to get away with it what a talent.

You must have seen them on the big screen as the great dogs of hell. Although it’s true that Dobermans can be impulsive and a bit stubborn, they stand out for their intelligence and intuition experimental studies place the Doberman pinscher as one of the dog breeds in the highest rank in general training the most remarkable thing about Dobermans is their instinctive intelligence. Thanks to their extraordinary focus and attention, they’re very good at differentiating the good and the bad in almost any situation. Also, with a good dog trainer, they’ll be willing to learn in the wink of an eye this is a very versatile breed due to its intelligence. Dobermans are not only perfect for those tasks I mentioned before, such as search and rescue, obedience sports, or Schutzhund, but also for sports that you wouldn’t associate with Dobermans in the first place such as lure coursing or carts. What do you say, do you dare to tame one?

Loving very docile and especially excellent hunters thanks to their instinctive intelligence. Golden retrievers use their excellent sense of smell and strong retrieving instinct to retrieve all types of small game hunting even untrained, some have shown their natural instinct to find things at days of age in fact they’re as smart as an almost three-year-old child and can learn more than words are you hungry they’re great competitors in obedience tests but they excel as guide dogs and therapy dogs they perform this role flawlessly thanks to their superior adaptive intelligence since they’re excellent at reading human emotions and knowing how you feel. There’s an endless list of brilliant golden retrievers firstly there’s the yogi that won the national dog of valor of the year by saving the life of his owner, Paul Horton when he fell off his bike and was left waist down motionless. With the command, yogi went for help and managed to catch his neighbor’s attention. Help came on time Secondly, in the entertainment industry, there’s Carrie a dog who learned very good choreography with her owner. What kind of golden retriever do you have?

there’s no breed that beats the German shepherd in following instructions and working hard these dogs can learn almost signs and words also according to new research German shepherds when used for complex and demanding cognitive activities such as herding surveillance and military and police work have larger prefrontal cortexes which is the part responsible for solving problems their great adaptive and working intelligence allows them to quickly learn several tasks and fully understand instructions they’re excellent search and rescue dogs tracking criminals and arresting suspects oh and when it comes to protecting their owners, nothing can stop them German shepherds are also great at acting do you remember the most famous of them all, Rin Tin Tin, who made his mark on the Hollywood Boulevard Walk of Fame for being a fantastic actor? If you want to keep one, you should know that these dogs are very active and confident, but they need to feel they have a purpose or a job.

Small medium or giant no matter the size, poodles have proven to be really smart. They can be up to times faster at learning commands than other breeds and can learn and remember over words and signs Did you know that poodles are even better swimmers than Labradors? That’s right, duck swimming and retrieving is in their blood and part of their instinctive intelligence. That’s why they stand out in dock diving competitions and even dog surfing as part of their adaptive intelligence. They can count as they understand the amount that is represented by symbols and how to add them their emotional intelligence is also amazing; they’re extremely sensitive to your tone of voice, gestures, and body language Poodles are one of the few animals that show clear grief after losing other dogs or their owners. The best thing about these beautiful little friends is that their intelligence makes them approximately percent more obedient than other breeds. They love to please you, ladies and gentlemen. We already have the deserved winner. The breed that is crowned the smartest.

Talent contests, agility, and intelligence tests there is no challenge where a border collie does not excel this breed tops the list of dogs with superior intelligence for its work skill ability to learn new commands in less than five repetitions, and for being obedient of the time border collies originated between Scotland and England as sheepdogs and their instinctive intelligence keep. 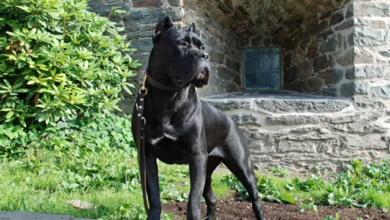 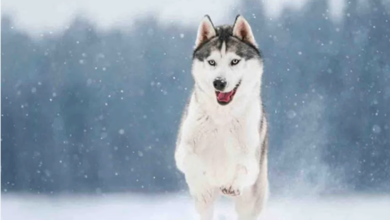