Life expectancy :From 7 to 12 years old

The Diamond Dove has a life expectancy of  between  7  and  12 years  on average.

The Diamond Dove is the smallest of the columbids, its average size and weight being 20 cm and 45 g respectively. It is a pleasant companion that can easily be associated with other species if its neighbors are not excessively noisy and restless.

The Diamond Dove is native to Australia , primarily in the central, northern and western regions of the country.

This species’ representatives live in semi-arid areas near streams and water sources. They migrate south when conditions become unfavorable, such as a lack of food.

John Latham, a British naturalist, described the Diamond Dove in 1801.

In the past, many individuals had been exported from Australia to South Africa . Then, it is from the latter that the birds of this species were sent to Belgium and the Netherlands, to then be exported to other European countries.

Of all the dove species, the Diamond Dove is the smallest.

Today there are many mutations , colors and combinations. The basic plumage (wild phenotype) is the white-rumped one.

It is difficult to differentiate the sexes by appearance, but certain indicators can be taken into account, such as the circumference of the eye which is more marked in the male.

The Diamond Dove is a rather peaceful bird , which can coexist with other species. On condition, however, that the latter are not too noisy or excited, because she does not like agitation and is easily afraid .

In the wild, the Diamond Dove eats seeds on the ground, some grasses , and even ants .

In breeding, the food to be given consists of mixtures of seeds for exotic birds , but the Diamond Dove has a clear preference for the smallest of them. It will thus favor millet, for example, over canary seed.

She is also not fond of fruit and is only rarely interested in cuttlebone . Hence the need to provide him with other sources of supplements in order to avoid deficiencies: aniseed sand for calcium, eggfood and supplements prescribed by the veterinarian.

In the Diamond Dove, the reproduction period takes place during the spring when it evolves in its natural environment. It establishes its nest on the ground.

In the wild as in captivity, the female generates 2 eggs per laying , which she then incubates for a dozen days. Juveniles leave the nest fairly quickly, 10-11 days after hatching.

On the health side, the Diamond Dove is especially concerned about deficiencies , especially in vitamins A, B1, sodium, calcium and proteins.

The Diamond Dove needs a spacious aviary , ideally wider than high, to allow it to perform horizontal flights.

It tolerates low temperatures fairly well, but must have a well-insulated shelter inside the aviary. It is also recommended to keep only one pair per aviary .

The Diamond Dove must also be able to sunbathe and forage on the ground, as it would in the wild.

A nesting box of about ten cm on a side by 5 cm in height is also to be provided, without forgetting the drinking troughs to be filled and cleaned daily. 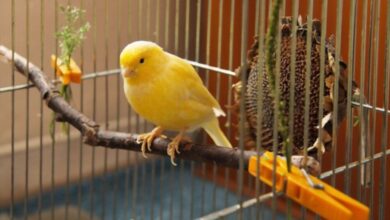 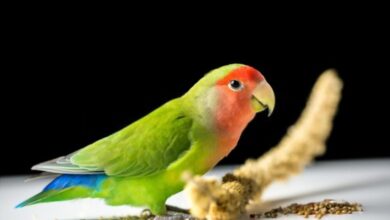 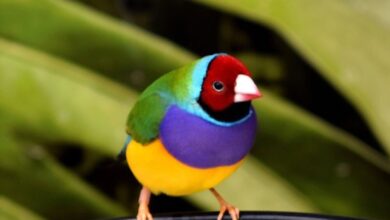